a joint project between Brooklyn Children's Museum and ImagiNation Afrika

For our last interview, our teens returned to Brooklyn’s famous Joloff restaurant where we sat down with Papa Diagme to learn more about his life and career as Senegalese restaurant owner and chef. Papa Diagme and his wife have been in business since 1995. On our first trip to Joloff some of our teens experienced Senegalese cuisine for the very first time. They really enjoyed the traditional dishes we ordered last time so after our interview with Papa Diagme we treated them to some more delicious Senegalese food and beverages! 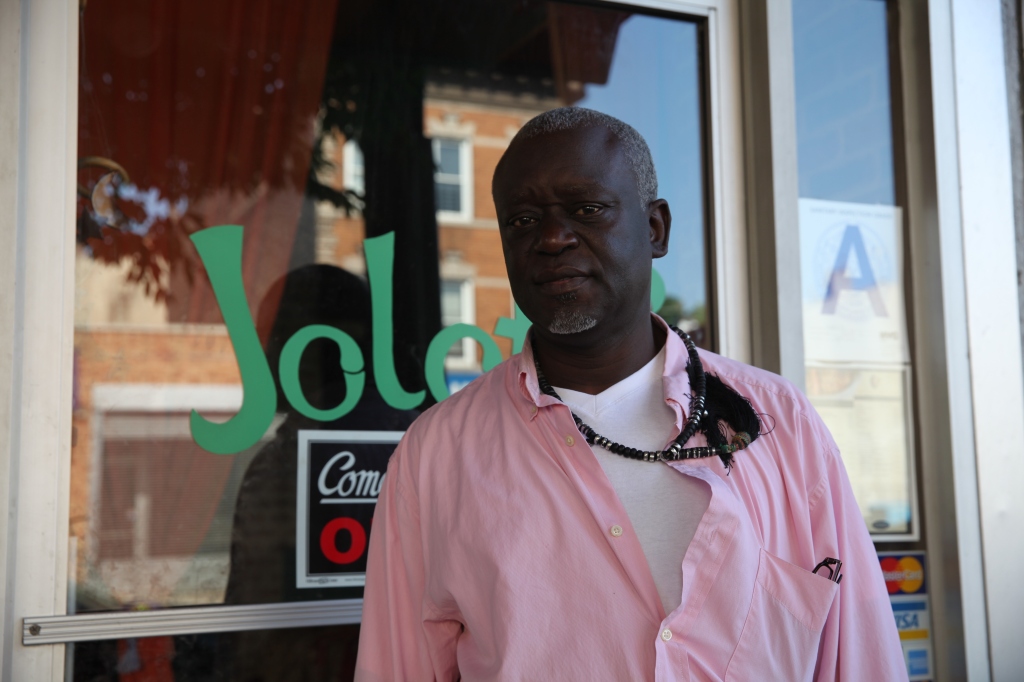 On our second trip to Bedford Stuyvesant, Brooklyn where there is a large community of Senegalese migrants, our teens visited the popular Senegalese restaurant, Joloff, located on 1168 Bedford Avenue. Prior to our trip, our teens had only heard of traditional Senegalese food courtesy of our program manager who visited Dakar in December.

The food was good. It came came out really fast and the portions were big. Brittney E.

The food was very good and the service was awesome.  Sheba B.

At Joloff, we enjoyed traditional Senegalese and Senegalese-American hybrid cuisine courtesy of Papa K. Diagne. They were eager to try pasteles and bissap, which they raved about. Many of them made connections between bissap and sorrel as well as how the flavors in the food were reminiscent of Caribbean dishes.

Papa K. Diagne (standing) and one of our NSBD teens (sitting).